75way is a most trusted TypeScript development company that gives complete ease to hire innovators who master the latest technology and build quality, scalable websites and applications in no time. 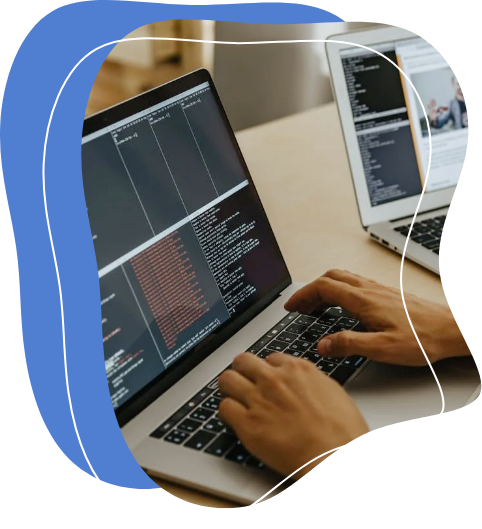 The best part about using TypeScript is that everything remains the same as was initially defined. If a variable is declared as a string, it will be a string instead of turning into a Boolean.

Did you know TypeScript detects 15 percent of bugs at the compile stage? Such a technology saves developers’ time and allows them to focus on the development instead of wasting time on detecting common errors.

Take a Tour of Our TypeScript Development Services

75way better understands the buzz of TypeScript technology in the IT world, and hence, we bring you a wide range of TypeScript services all in one place.

We have a talented team to develop a robust, scalable, and interactive enterprise-grade mobile application for any device and screen size. Our experts ensure faultless and quality delivery of mobile app solutions featuring a rich and unmatched user interface.

Connecting with us means saying yes to a good future for your business. We deal with adaptability, user interface, speed, vigor, and liquid utilization when making undertaking arrangements. Reach out to us today!

If you want to know anything about TypeScript, including its pros and cons, you can simply have words with our TypeScript experts. Our best minds assist you with finding precise TypeScript-based solutions for your business.

75way’s expertise in top-class web application development leads businesses to taste success. We code in TypeScript and assemble the structure in JavaScript that further results in the creation of innovative solutions in the form of web apps.

If you want to migrate from your existing JavaScript platforms to TypeScript, we can do this in one-two-three easy steps. Our TypeScript developers follow a simple and risk-free approach for the successful JS to TS migration.

Our Expertise in TypeScript Development

75way covers a wide area of expertise in TypeScript development, and it's high time to reveal what they are.

We leverage TypeScript technology to develop high-performance iOS and Android apps for tablets and smartphones.

75way is a leading player in the market in creating responsive websites keeping in mind the client’s requirements.

We code in TypeScript to create a smooth user interface and design and build a unique digital identity for the business.

We have a lineup of AWS-certified cloud architects who can develop and manage full cloud infrastructure.

Creating engaging and revenue-generating 2D and 3D games on iOS and Android platforms is easy for us.

We are experts in different parts of the online marketing stack, ranging from social media to content.

Why Choose 75way For Your TypeScript Development?

Creating a unique identity in a crowded digital world was difficult for us, but we have successfully achieved a prideful place focusing on distinct points. 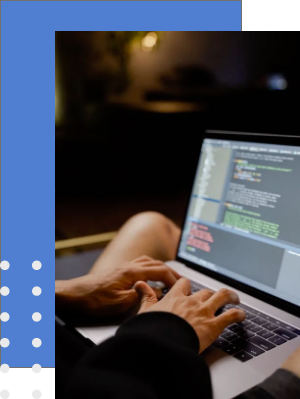 75way has been in this IT industry for more than seven years and has served several global clients.

We have a lineup of the dedicated frontend development team and TypeScript developers to shape your idea.

Delivering the project within a set deadline is one of our priorities. Our project manager ensures the quality and timely delivery of work.

Serving the clients of different industries with the preeminent TypeScript development services is our goal.

Talk to our experts!

There’s a Lot More to Explore With Us

We never stop experimenting and innovating something that can benefit businesses in a number of ways. And this is what makes us unique. Apart from being an expert in TypeScript, we have also gained expertise in more technology areas. Time to explore!